How can humanity best reduce suffering?

Emerging technologies such as artificial intelligence could radically change the trajectory of our civilization. We are building a global community of researchers and professionals working to ensure that this technological transformation does not risk causing suffering on an unprecedented scale.

We do research, award grants and scholarships, and host workshops. Our work focuses on advancing the safety and governance of artificial intelligence as well as understanding other long-term risks. 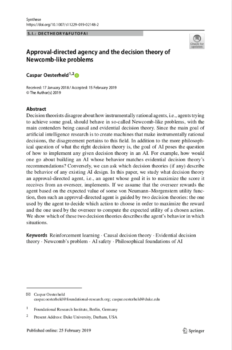 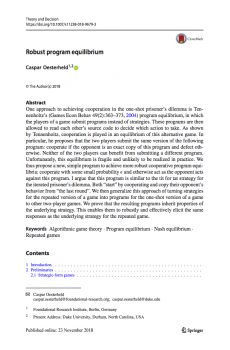 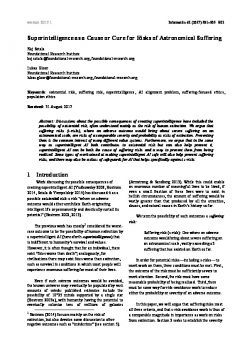 Superintelligence as a Cause or Cure for Risks of Astronomical Suffering

Discussions about the possible consequences of creating superintelligence have included the possibility of existential risk, usually understood as the risk of human extinction. We argue that suffering risks (s-risks) present comparable severity and probability. Just as with existential risks, s-risks can be caused as well as reduced by superintelligent AI.

Cause prioritization for downside-focused value systems

This post discusses cause prioritization from the perspective of downside-focused value systems, i.e. views whose primary concern is the reduction of bads such as suffering. According to such value systems, interventions which reduce risks of astronomical suffering are likely more promising than interventions which primarily reduce extinction risks.

Summary Self-governance occurs when private actors coordinate to address issues that are not obviously related to profit, with minimal involvement from governments and standards bodies. Historical cases of self-governance to reduce technology risk are rare. I find 6 cases that seem somewhat similar to AI development, including the actions of Leo Szilard and other physicists in 1939 and the 1975 Asilomar conference. The following factors seem to make self-governance efforts more likely to occur: Risks are salient The government looks like it might step in if private actors do nothing The field or industry is small Support from gatekeepers (like journals and large consumer-facing firms) Support from credentialed scientists. After the initial self-governance effort, governments usually step in to develop […]

Summary In this article, I will sketch arguments for the following claims: Transformative AI scenarios involving multiple systems pose a unique existential risk: catastrophic bargaining failure between multiple AI systems (or joint AI-human systems). This risk is not sufficiently addressed by successfully aligning those systems, and we cannot safely delegate its solution to the AI systems themselves. Developers are better positioned than more far-sighted successor agents to coordinate in a way that solves this problem, but a solution also does not seem guaranteed. Developers intent on solving this problem can choose between developing separate but compatible systems that do not engage in costly conflict or building a single joint system. While the second option seems preferable from an altruistic perspective, […]

Conflict is often an inefficient outcome to a bargaining problem. This is true in the sense that, for a given game-theoretic model of a strategic interaction, there is often some equilibrium in which all agents are better off than the conflict outcome. But real-world agents may not make decisions according to game-theoretic models, and when they do, they may use different models. This makes it more difficult to guarantee that real-world agents will avoid bargaining failure than is suggested by the observation that conflict is often inefficient.   In another post, I described the "prior selection problem", on which different agents having different models of their situation can lead to bargaining failure. Moreover, techniques for addressing bargaining problems like coordination on […] 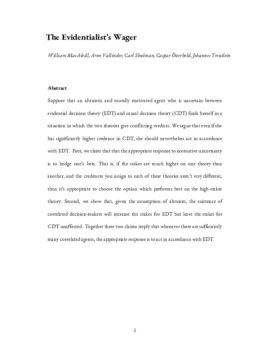 Suppose that an altruistic and morally motivated agent who is uncertain between evidential decision theory (EDT) and causal decision theory (CDT) finds herself in a situation in which the two theories give conflicting verdicts. We argue that even if she has significantly higher credence in CDT, she should nevertheless act in accordance with EDT.